Glistening lehnga, colourful and glittering top, adorned with various ornaments and accessories, bedecked with flowers, different types of plants and leaves in hands--this is the appearance of Thiruvallam Avadoota Amma. Nobody knew exactly where Amma came from and what Amma's age was. People believed that Amma came from North India. " From sky." Amma would reply to those, who asked Amma where Amma came from. Amma spent 37 years at Thiruvallam; the divine abode of Lord Parasurama. Amma would stay on the bank of Thiruvallam River; no matter it rained or sun shined. Amma would wander here and there and pluck different types of plants and leaves. Sitting under the shade of a tree and accompanied by a dholak, Amma would sing melodious devotional songs in Hindi and unknown languages. Amma would immerse herself in the songs for hours. Sometimes, Amma also used to carry a flute. For the common ignorant people Amma was insane and a beggar. But, for the fortunate few, Amma was a Goddess. Different types of people, from common villagers to high officials and unknown monks and mendicants visited her. Everybody was equal for her. Somebody would bring Amma's food and other eatables, that Amma would return to themselves after taking a small portion. Some of the devotees would even bring fish curry. Amma would receive that also without any discontentment. Amma would give a pinch of Vibhuti (sacred ash) or Kumkum to the fortunate ones. That was sufficient to change their destiny. Amma won't allow everybody to approach Amma and Amma even ignored some people. Amma would even blast out to a few. Sometimes, Amma would prepare food by herself and serve it to the devotees visiting her. Usually, Amma used to give leaves to Amma's devotees. Amma was a polylingual. Amma spoke almost all Indian languages including Sanskrit. Amma was also fluent in English. Those, who thrived and prospered would bring Amma's valuable sarees and precious ornaments. Amma would throw them to the river soon after their departure or after a few days. Walking with a Dhol- a double sided Indian drum- and other different accessories, colourful attire and jingling anklets- Amma was literally a walking Goddess for many devotees; and for a selected few; a Guru. Different people from various walks of life and religious background visited her. There are many stories of Amma's healing power and also transfer of jobs. Also the stories of unbelievable experiences and events, that remained a mystery. For many days, Amma lived on an embankment belonged to a muslim gentleman, close to the bank of Thiruvallam River. Later, Amma shifted to a devotee's courtyard; and there Amma lived in a hut. For 18 months Amma lived in the courtyard of the devotee; Madhana Kumaran Nair, whom Amma considered later as Amma's disciple. Many devotees call him ' Swami'. Together they visited Nagpur, Ramtek,Varanasi, Ayodhya and Prayagraj. They stayed two days in Prayagraj. Before Samadhi, Amma gave certain instructions to Swami. In 2013, May 15 (Malayalam month Idavam 1) Amma vanished into the sky as Layana Samadhi. The only witness to this rarest phenomenal event was Swami. Before leaving for Samadhi Amma bid farewell to around 7 devotees from Trivandrum Railway station. Amma told them that Amma won't return. Click the link to watch the video - Amma Asianet Programme

Maharani Amma entered in to layana samadhi at Prayagraj, Uttarpradesh on the year 2013, Malayalam month Edavam -1. Amma's disciple Sri Madhana kumaran Nair is leading a monastic life based on Nath. Traditional/parampara at Karumom. He is taking care of the Keda Vilakku lighted by Amma. Devotees and spiritual seekers can visit the Ashramom and offer their prayers. 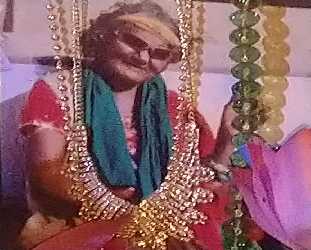 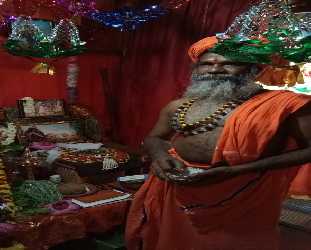 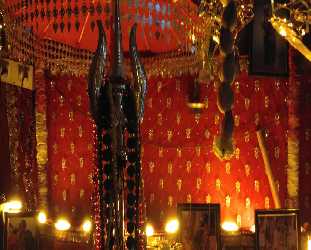 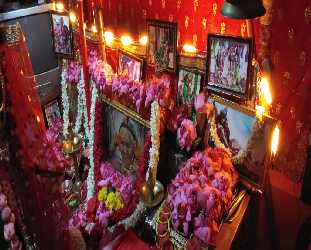 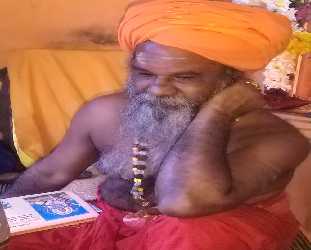 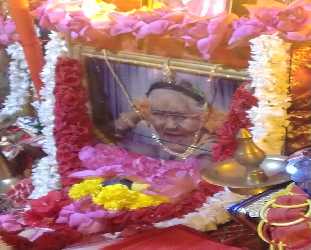 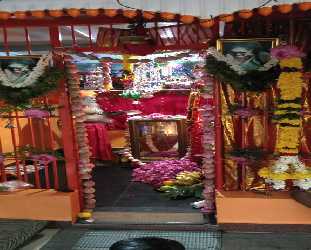 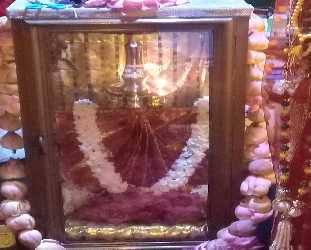 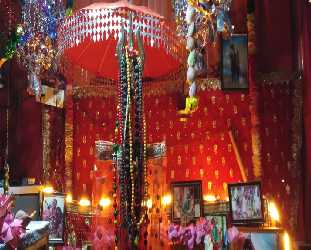